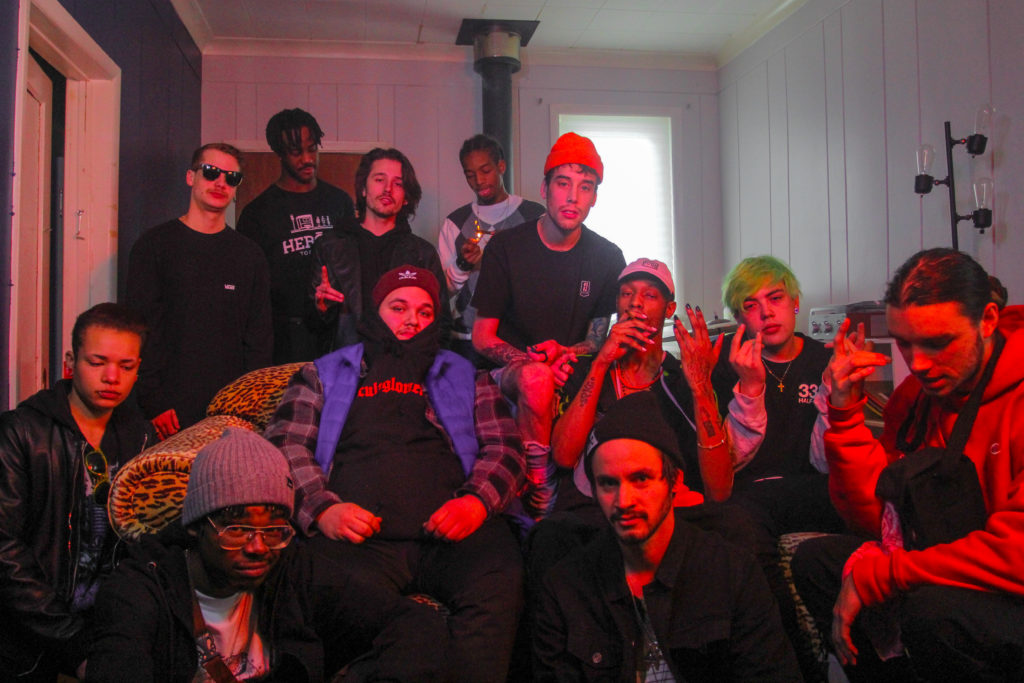 When rapper SpaghKing entered the Winnipeg scene, he found a city divided. Harsh lines separated genres, and “old hip hop heads” dominated the rap scene as arbiters of taste, only booking artists that conformed to their ideas of what rap could and must be.

But following conventions was never SpaghKing and his friends’ style.

“You have to be on their wave, and they don’t really fuck with it,” said SpaghKing. “So I just kind of said fuck that.”

Enter styxcitycult, a collective of artists devoted to pushing the boundaries of genre, supporting one another and creating a platform for musicians who otherwise couldn’t find an outlet.

styxcitycult’s current roster of 14 is predominantly made up of hip hop artists, and includes SpaghKing, drinkbleachh, Ivan Silk, Phre$h Prince, Postwar, Shea, Thatcher Robinson, TRRM, Yung Emerald, Yung Romello, 10kay, and DIEmond, lilnappyboi and STMBLZ of EZ Clique. However, the collective is hoping to expand and include artists of all genres.

“It just so happens that the people we hang out with make rap music and similar styles,” said Jesse Meush, an affiliate of the collective, “so inevitably that’s what’s performed.”

Despite a shared genre, each artist brings their individual influences and musical past to their work. Ivan Silk was inspired by the distinct New York style of rap, while drinkbleachh’s punk and dream pop backgrounds leak into his current sound. Thatcher Robinson merged a variety of influences, including Blink-182 and the surge of Florida rappers, to inform his punk rap style.

The group’s name was adopted from the River Styx, the border between the mythological Greek Hades and the world of the living, and inspired by Winnipeg’s notoriety as Canada’s violent crime capital. 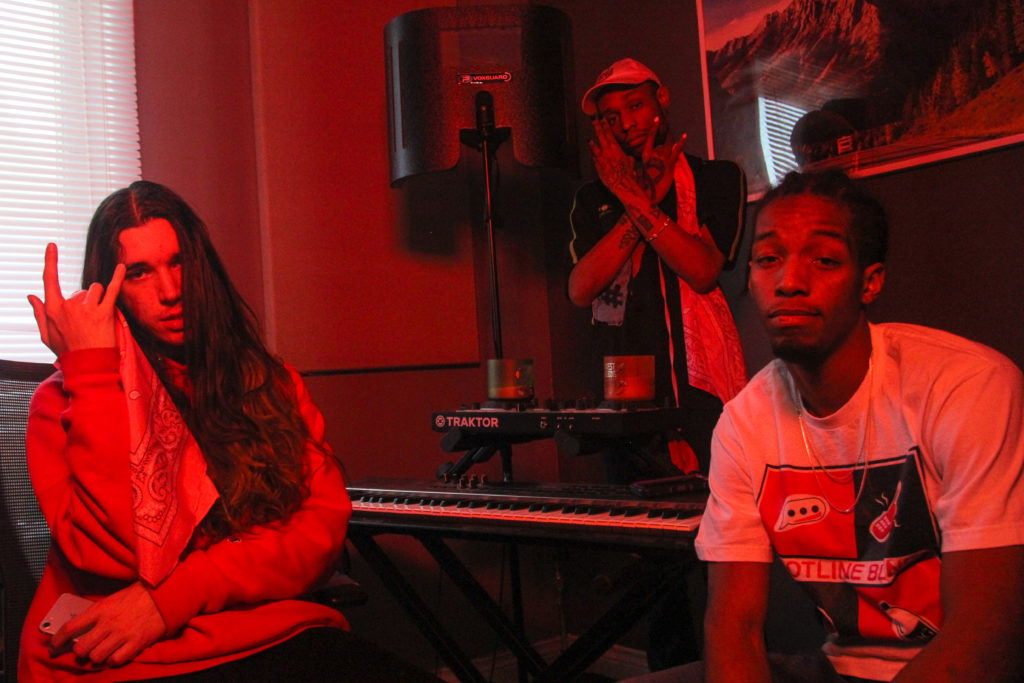 Although many configurations of the styxcitycult artists often collaborate – for example, Postwar’s recent single “Destroy the City” was produced by drinkbleachh and features SpaghKing – the collective is less of a performing group and more of a support system. The members support each other’s music, promote each other’s shows, and inspire one another.

“[styxcitycult] gives me a lot of motivation, seeing what everyone’s doing all the time,” said Phre$h Prince. “It’s hella dope. Everyone as an individual has their own thing going on and their own dope art going on. You learn from what they’re doing.”

While the collective says they are open to artists from all backgrounds, they maintain an “inclusive, but exclusive” code. The support aspect of the group is one of the few requirements to including one’s name on their roster; even if a member isn’t on the bill of a show, or isn’t featured on another member’s track, it’s their responsibility to help promote and uplift the other’s art, no matter what.

“If you’re not with it, if you’re on that old head shit, you’re not a part of it,” said SpaghKing. “If you want to be weird, if you want to put your gain above anyone else’s – we’re all here to help each other grow – then you’re not included.” 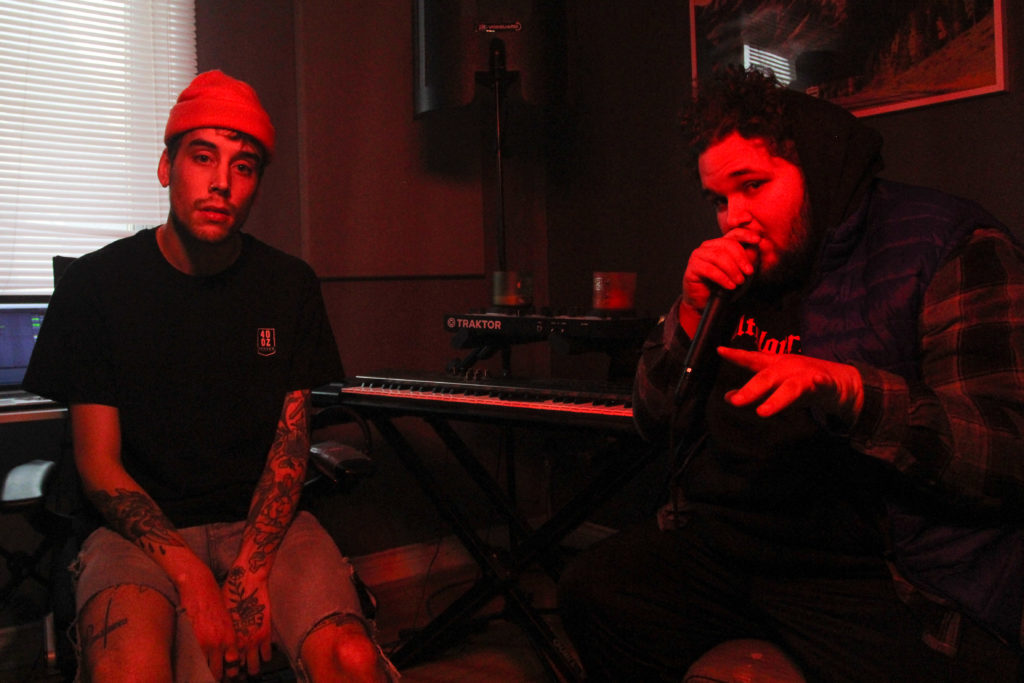 styxcitycult’s ideology can also be separated from the norm by their willingness to accept people outside of what Postwar considers the “mold of how a rapper is ‘supposed to act.’” Postwar began identifying as pansexual when he started working on music, and found styxcitycult welcomed him no matter what his sexuality.

“I have no need to hide who I am and the entirety of the collective, however diverse in age, lifestyle or socioeconomic background, have all been nothing but accepting of who I am,” said Postwar.

“There isn’t really a place in any other scene for any of us, and we don’t really need anything to do with that,” said 10kay, another collective member who identifies as queer. “I feel like we’re all here because of that.”

SpaghKing says the plan for styxcitycult is to continue growing the collective, making music, putting on shows in both venues and alternative spaces, and keep creating a platform for musicians who haven’t found a place to fit in.

“We’re all trying to start a community and build together,” said SpaghKing, “and all that old shit is dead. 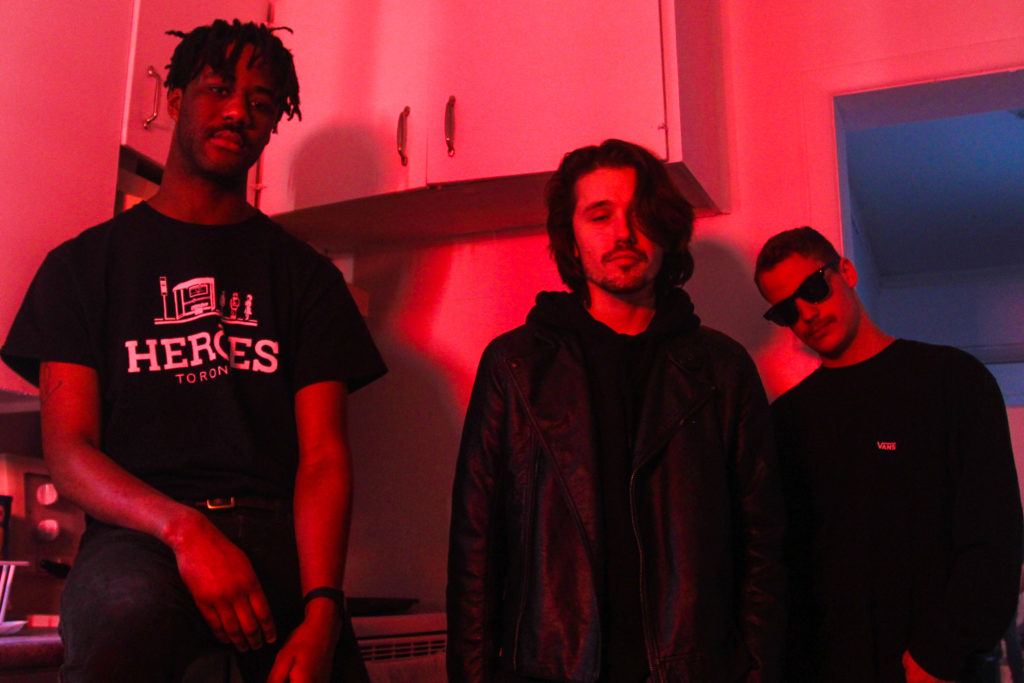 EZ CLIQUE. From left to right: lilnappyboi, STMBLZ and DIEmond. 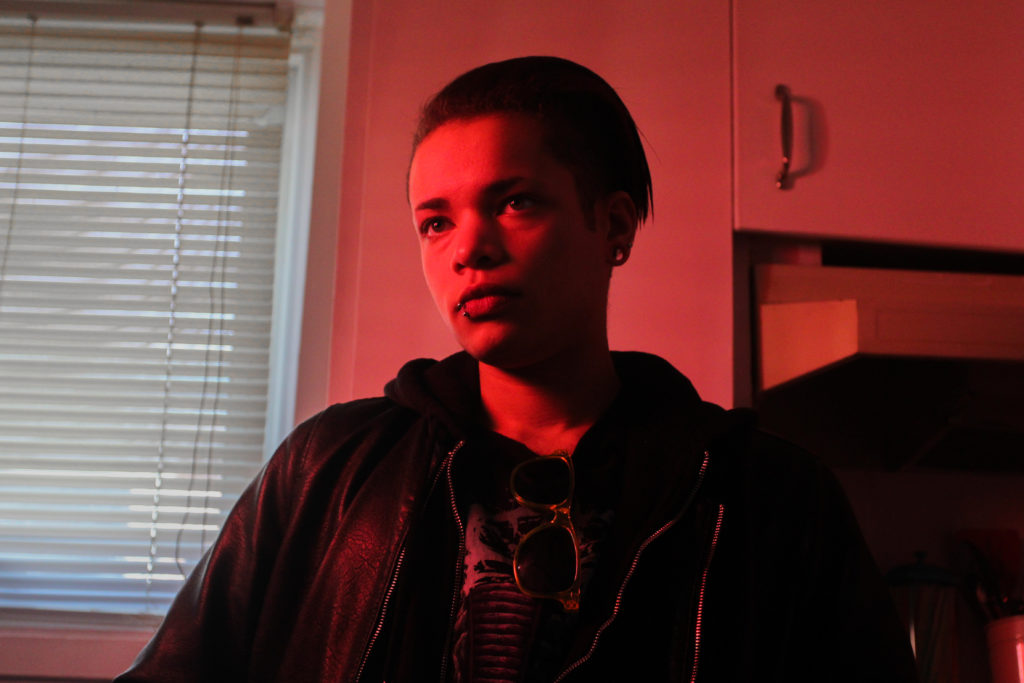