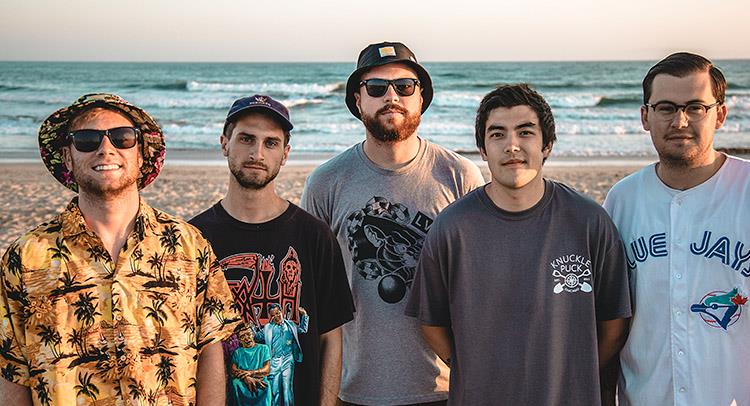 Seaway will be bringing their sugar-sheened pop punk back to Winnipeg on July 12 in support of last year’s Vacation. This will be the band’s first Canadian tour of the album but with the gap from release time, these guys haven’t let up. Running off a solid schedule on the road and recently coming off a tour in support of Sum 41, the band have been making waves with their sprightly summery tunes. With a bit of a break before starting their tour off in Winnipeg, Stylus caught up with Seaway’s lead vocalist Ryan Locke to see how things have been going.

Vacation marks a progression is Seaway’s sound that’s at once more focused and refined, the result of a unit learning new ways of doing things, while retaining the core energy that drew fans to them in the first place.

“We kind of felt quite a bit of pressure with this one. It being kind of like our sophomore record on Pure Noise we definitely wanted to come out with a bang. We had that kind of mindset like a sink or swim mentality and we were very prepared going into this one which is a lot different from when we made Colour Blind,” says Locke. “We kind of just went in with ideas and parts when we were doing Colour Blind. When we did Vacation we did a lot of demoing with a lot of different producers.”

“So before going in to record the record we had already recorded a good amount of pretty good sounding demos to work with,” explains Locke. “It was a really organic kind of process in the way it all came together. We were definitely feeling the pressure but we were also really excited on all the different sessions we did having so many different ears and talented people help us make it.”

Talking about inspiration for their music, Locke says that a lot of it just comes from being alive. “We’ve grown up a bit and we’ve done some living since (the last album). A lot of our stuff comes with what’s going on in our lives and stuff. In that aspect it all just kind of happens.”

Locke explains how one of his takeaways from touring so much is the importance of remembering why you’re there. “We’re there to play music for all the people that have supported us and made it possible for us to make music as a living. So we try and go to the merch table and hang out with fans as much as we can. You know just try and show appreciation for them. Just staying grounded.”

As a band known for their spirited live shows, Locke finds much of his energy in the fans that all help make it happen. “We have so much fun writing it and recording it obviously but going out and sharing it with people and playing it with people that bought the record or streamed the record, it makes it that much more special. Just getting in everyone’s face and having a good time with the music is probably my favourite part.”

Locke shouts out his good friends from local pop punk outfit Dangercat, and says he’s looking forward to seeing everyone in Winnipeg again soon. “Even though we’re on the other side of the country it feels like a homecoming because you get to see so much family and friends. It’s really the treat tour.”

Seaway will be playing The Good Will on July 12 with support from Bearings and Living With Lions.