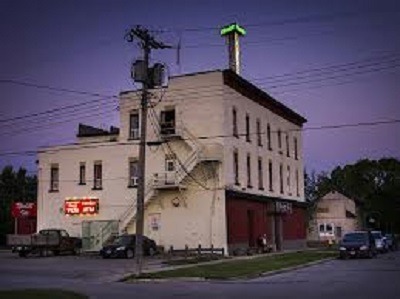 It’s early in the morning, too early. You drag yourself out of the house into the smoke filled city streets of Winnipeg. Summer is burning it’s way out across the country. Nothing but the quiet lull of traffic is to be heard as there hasn’t been enough time for humanity to consume their coffee intake just yet. Whether going to school or going to work, you have somewhere to be.  As the days go on these mornings get darker, and colder. The smoke clears and invites a mist of frozen water to crystallize on your scarf as you continue to go, still needing to be somewhere.

Tis’ the season of obligation with few distractions from the burdens of life. This is the season we all dread, here comes winter. Your summer likely wasn’t obligation free but it was warm and sunny, happiness in the air.  The defining difference between the seasons is the opportunity that comes at shift’s end. As the skies grow grey and the air frigid, there’s no weekend camping festival, no running to the beach or grabbing a few friends for backyard beers. It’s basement or bust. You’re trapped.

And as we progress into this natural shift nature brings on gloom and people become miserable. It’s dark when you leave the house and dark when you return. It’s draining, exhausting, and hard to stay motivated. But you’re the same person, bursting at the seams with all that you are, with all that you were able to release these past few blissful months. But it’s okay, we’ve been here before. It hurts but its familiar.

Despite the misery that is Winnipeg from November to March, the shows don’t stop, music knows no weather. When the frost coats the city the punks pull out all their benefit shows. Last year saw shows in support of the Mood Disorders Association of Manitoba and Cancer Care, as well as Winnipeg Harvest. I can say that Fuck Hunger’s annual banger is going to be a good one this year with two dates back to back.

I know what everyone really misses from last winter is Punk Fridays. With weekly slots, and the same setup every Friday, it was really easy to get a variety of bands out and regular crowds. They were shows just the same, but with the consistency it basically became a hangout spot with guaranteed tunes and pals. Well it’s coming back! Crazy Maiden is resurrecting the ever popular Punk Fridays at a whole new venue. The spot is The New Club St. B located at 171 Dumoulin Street, just a rocks throw from The Forks.  If you’ve ever been to a Crazy Maiden show, and I’m sure you have, you know that the venues are always cozy and the sounds always very on point. So let’s fucking do this, again.

Albums are still being released of course and you should do your best to fight the weather and continue going out to these shows. The best way to get through winter is distraction, and sweaty mosh pits will heat your blood for an easy walk home.

So as the sun spends less time with us and the walks become hikes through the massive piles of snow, we must continue to travel beyond the comfort of our homes. And as the snow banks become walls and the roads layer with ice, visibility reduced to near zero and frostbite on every extremity, we must continue to enjoy our lives in the outside world. If the bands hauled their gear through the snow you can haul your butt in support. We can all do this.

Eventually it will end, the snow will melt, the air will warm, and the sun will show itself more. Then we’ll catch up for lost time, lost hours of sunshine, and we’ll forget the pain just enough to complain about it all over again. But until then, let’s make the best of it. Let’s stand in the face of winter and do it all anyway.