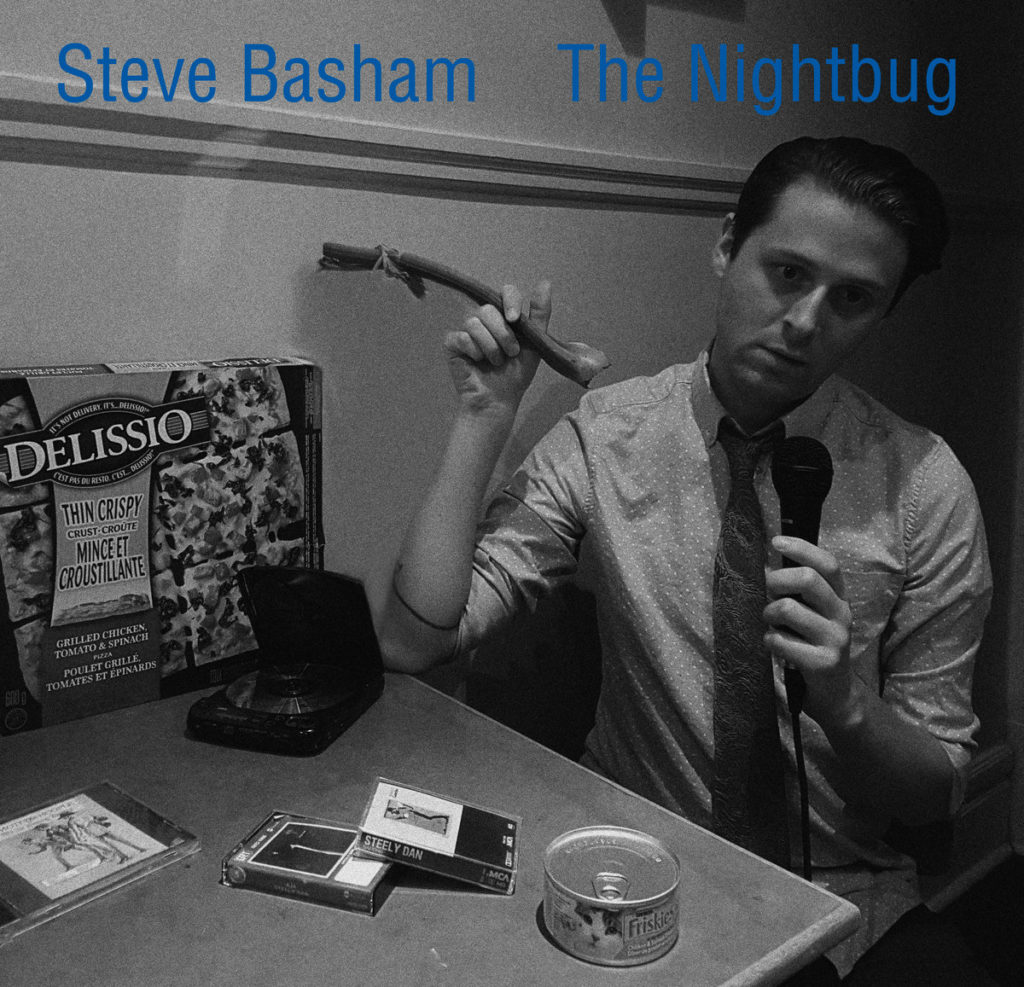 In this experimental-pop, storytelling album, local artist Steve Basham shows us what goes on in his mind with a mix of electric guitar, electronic music aspects, and his own voice. He goes into detail about his dreams and there’s never a dull moment listening to this album.From the song “Snack Chickens” that consists of Basham singing, or yelling rather, about how much the Snack Chickens love them snacks, to “Wedding Presence,” where he goes into detail about a very strange and almost twisted series of dreams he had after a wedding where he ends up going for a walk in his boxers and decides to walk into a strange and spooky worn down, rusty bathroom, with a scary old lady who pees on a roll of toilet paper and continues to throw it at him.

Then he  has a dream where he is trying to tell his friend about the encounter with the strange woman but he’s struggling to stay awake that pairs with “Dino Park After Dark.” Basham also tells us about a dream he had, this time in a Jurassic Park like theme park.

Listening to these songs, I couldn’t stop laughing. It’s very humorous, nothing like anything I’ve ever heard before, and leaves you wondering what Basham’s dreams could possibly mean! Maybe he’s a psychic. If so, watch out for strange men in the exchange, like Basham talks about seeing in the track “I Don’t Like Where This Is Going.” It’s kind of chilling, especially followed up by the colorful instrumental titled “Overworld.”