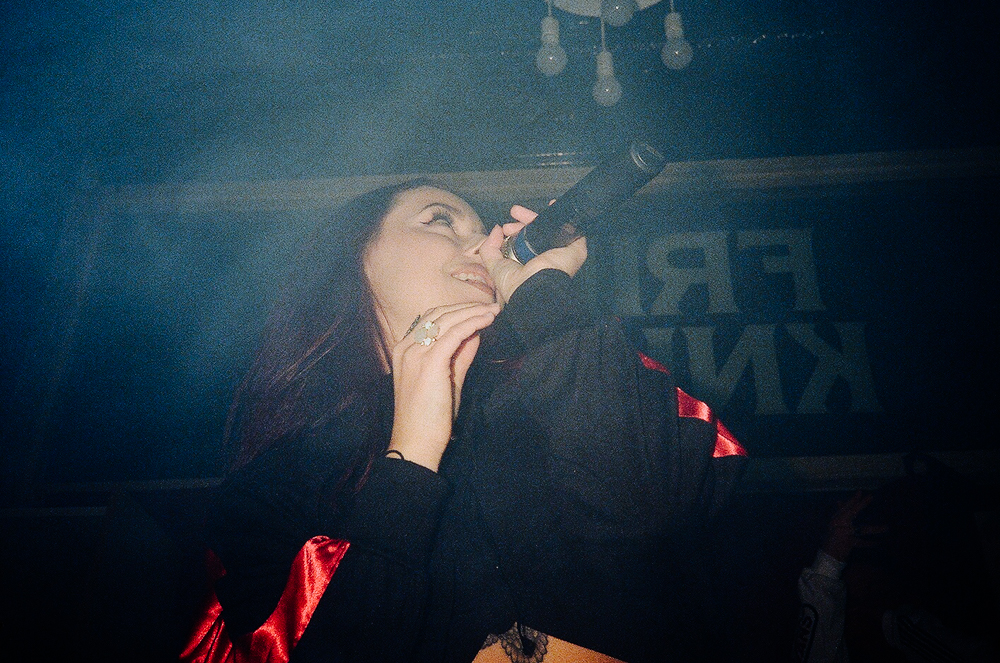 “My album will manifest many things that I saw, did or heard about” – OC

“Ok I guess I’m really doing this,” HAVS thought after her February 2018 opening set for SonReal at the Garrick Centre. Only about a year into recording music seriously at that point, HAVS opener for SonReal was only her second live show with her as a promoted act. At the time she was one half of the duo Pesh x HAVS but since has chosen to branch out and go solo.

A debut solo album, Distortion, came out early September followed by a release show mid-October. However, tragedy struck the day Distortion was released, as one of HAVS favourite artists, rapper Mac Miller, passed away unexpectedly. The news hit HAVS particularly hard and she says “it just didn’t feel right to advertise,” her new record after his death. Despite the initial delay, HAVS has been seeing a positive response to the album, both at the release show and through online reactions.

Distortion’s recording process is an increasingly common story in the age of interconnectedness and social media. The primary producer on the project is Dreyze, who is based in Pittsburgh. Their process is simple having worked together for a while: Dreyze produces a beat for HAVS, knowing her style and what she likes, and sends it to her. HAVS writes her lyrics listening to the beat and records her vocals here in Winnipeg.

HAVS does admit that the long distance collaborative process isn’t as rewarding as being together in a studio. Dreyze was able to come to Winnipeg for a visit, during which time they produced the track “Dreams.” Although it was the first time they had worked together in person, the chemistry they had developed over the internet makes Dreams the best song on the project. It also received a music video, directed by Dillan Lavallee. HAVS had wanted to work with frequent Fourth Quarter Records collaborator Lavallee for a while and they finally had the opportunity for Dreams. Lavallee’s shallow focus camera work and rapid fire editing match the kinetic yet soothing vibe of the track.

On “Dreams,” as well as multiple other tracks on Distortion, HAVS writes poignantly about relationships. The stark nature of her writing has left people in her life asking whether they have become a subject in her music, “especially if I’m with someone at the time, they’ll always ask me who certain songs are about.” HAVS prefers to leave the true nature of lyrics to each respective listener, saying “I like to leave all my songs up for interpretation like all art I think should be.” HAVS also points out that her songs are never about just one person, the lyrics can create an amalgam of numerous people in her everyday life.

Four of the album’s seven tracks have featured artists, all people HAVS describes as being “people in my circle of influence.” HAVS credits spending time at the former Exchange District studio of local artist collective REC as introducing her to other artists whose work she admires. One of those artists is STMBLZ, who produced and raps on the opening track Options. HAVS is looking towards more collaborations with STMBLZ, she recently joined EZ Clique of which STMBLZ is a member. While HAVS describes EZ Clique as more of a collective than a group, Clique members STMBLZ and DIEmond are featured on Distortion. HAVS characterizes her new Clique-mates as being “already on each each others phones,” and calls them “some of the most hardworking people I know.” Even at her solo shows, HAVS brings up her fellow EZ Clique members because “it’s cool performing with your friends, doing what you love with your friends.”

As hard as it can be, Winnipeg provides the opportunity for musicians to do what they love with their friends. HAVS, like many young people who grew up in Winnipeg, had that wanderlust, the urge to go West. She made a reconnaissance trip there this summer, only to be let down by the lack of viable performance spaces that match her vibe.

The following day upon returning to this desolate prairie town, HAVS had the chance to attend STMBLZ’s album release show. The positive response left her speechless because “the energy there was just so crazy, it was totally amazing [seeing] the love of a hip-hop community.” While the West still looms large, for the time being, Winnipeg is home for HAVS. A big part of that is the community of like minded artists and musicians she has around her. Winnipeg might have more than it’s share of issues but undoubtedly the communities that are built around music scenes are not found everywhere, “I feel like there’s not a lot of places that can say they have that.”