CKUW is the on-campus FM radio station at the University of Winnipeg in Manitoba, Canada.

We broadcast at 95.9 MHz with 450 watts of power. Our transmitter and antenna are on top of #7 Evergreen Place in Osborne Village. The station operates 24 hours a day 7 days a week with all the programming being done by volunteers.

Since the early 60′s CKUW has offered students and the community a unique chance to express ideas and be introduced to music heard nowhere else in Winnipeg. CKUW programmers have an outspoken passion for music and information.

We strive to represent all genres of music with an attempt to focus on the vibrant local scene, as well as music from across Canada and around the world. 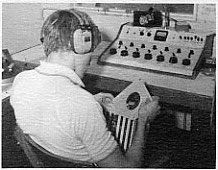 Beginning as CJUC, the station was started in 1963 by David Shilliday and physics professor Ron Riddell. In 1968 the call letters were changed to CKUW to mark the founding of the University of Winnipeg. At that time the station operated as a closed circuit station broadcasting to Lockhart Hall lounges, the Buffeteria and the Bulman Students Centre. Despite the small presence on campus CKUW had a disproportionate effect on the local music scene.

As campus/community radio spread across Canada CKUW looked towards broadcasting to the whole city in FM. Ten years of research, planning and saving were required to complete a licence application and ensure that the station would be healthy and successful.

The Winnipeg Campus/Community Radio Society is the group that oversees the operation of CKUW. The Radio Society is formally incorporated as a non-profit organisation and the volunteer Board of Directors works towards the continued success and growth of CKUW.

Our licence application was approved by the CRTC in October 1998. We spent much of that winter training volunteers and purchasing the needed equipment.

Test broadcasts started on April 27th 1999, and the official kick off broadcast started at 12:00 AM on Friday, April 30th. First was a short speech by Station Manager Rob Schmidt, and the first song was ‘That’s Entertainment’ by the Jam.

Campus/Community radio is just that, a reflection of the community that owns and creates the programs – not a preprogrammed infomercial for big business. 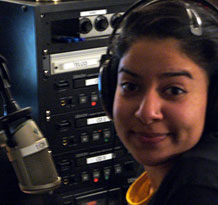 CKUW is people driven not profit driven. As a non profit corporation, CKUW is controlled by the Board of Directors, Staff, and volunteers. Because of this grass roots control, the programming is a reflection of the true interests and concerns of the volunteers and the local community.

Campus/Community radio has the freedom and the mandate to present music and ideas that can not be found in the mass media. CKUW is a place where alternative viewpoints can be aired, and local musicians always take priority over top 40 jingles.

Local cultural programs are a large part of our schedule, and a quarter of our programming consists of spoken word shows covering local news, the entertainment scene, and community/social justice issues.

Click here to find out how you can Volunteer with CKUW

I have been listening for about 6 months..I love it.