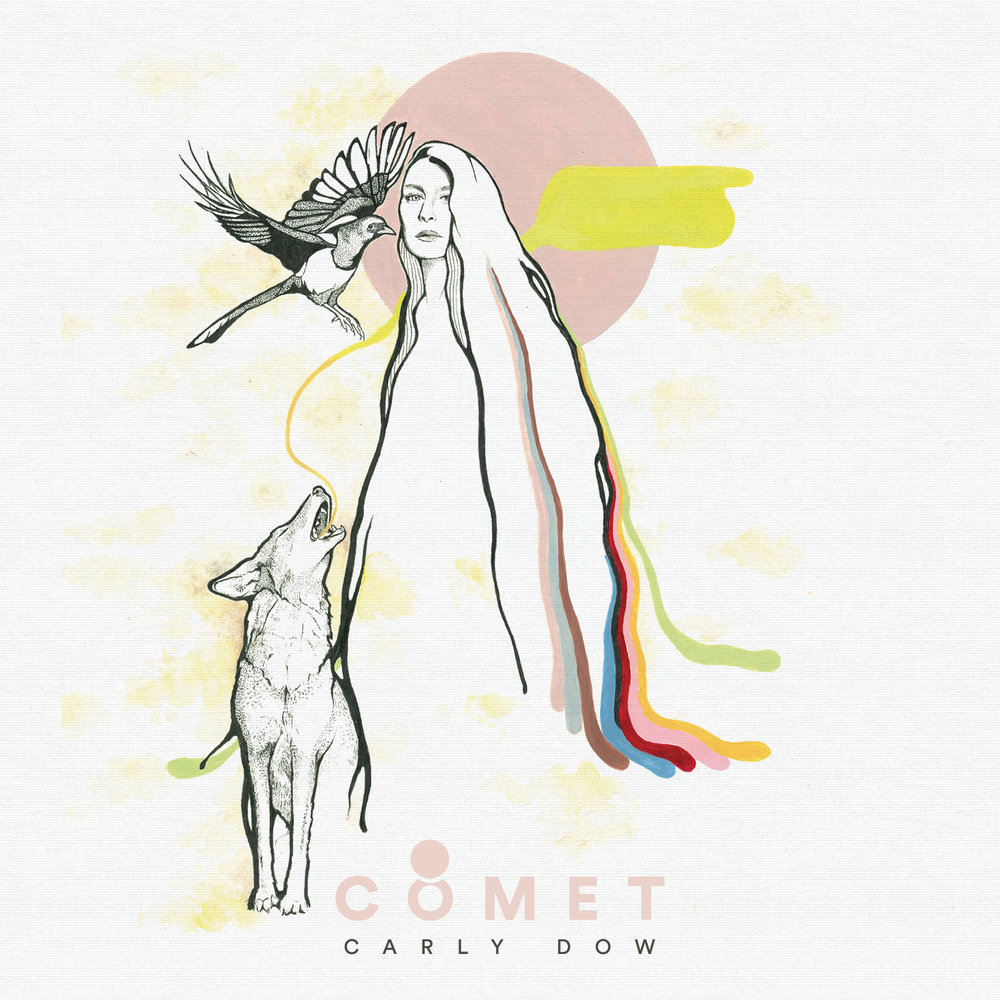 Carly Dow’s 2015 debut Ingrained introduced a bold and ambitious folk artist to the Canadian music scene. Her sophomore album Comet (October 19th, 2018) reveals a self-assured artist abandoning the need to prove herself and allowing an unpolished rawness to come through.Musically, Dow embellishes her voice and banjo with a large palette of instruments, including a rhythm section of drums and bass, a small string section, electric and acoustic guitars, and pedal steel, which add a cinematic quality to the opening track “Brightest Time of Year.”

Overall, the vibe of the band is more laid back than her previous record, with the guitars settling into a deep, Neil Young inspired groove on the first single “Sunlight Remembers.” The influence of Gillian Welch is still prominent on tracks like “Tiger’s Eye,” but the drum-centric arrangement makes the song distinct, rocking harder than anything Welch has produced.

Interesting musical choices add variety to the album, such as the string section weaving thoughtfully around Dow’s voice on “Something Lost,” or the guest appearance of an accordion that enhances the optimistic tone of “Cut and Run.”

Confidence and nature are two themes Dow explores in the album’s lyrics. “I’m not the woman you thought I was / turn off the lights ’cause I’m burning too bright,” she asserts in the refrain of “Too Bright.”

While nature imagery was prevalent on her first recording, it takes on a mysterious role in the lyrics on Comet. Dow is often deliberately vague if the relationship she is singing about is with a human or with some aspect of nature, like on the album’s catchiest song “Dreaming of You” (which features a surprising, 80’s-New Wave-inspired guitar hook).

This vagueness makes the rare moments where Dow does sing of romantic love more compelling: “I wanna watch light fill the scoop of your collar bone in the morning sun,” she pleads on “Cut and Run.”

The most recognizable image of Carly Dow is with her banjo, and among all the instrumentation on the album the banjo is central, a rhythmically grounding anchor. The album closer “Constellation” encapsulates the artist’s newfound self-absurdness, as she sings accompanied solely by her banjo the affirmation “I am a builder, I am a lover / I am enough.”