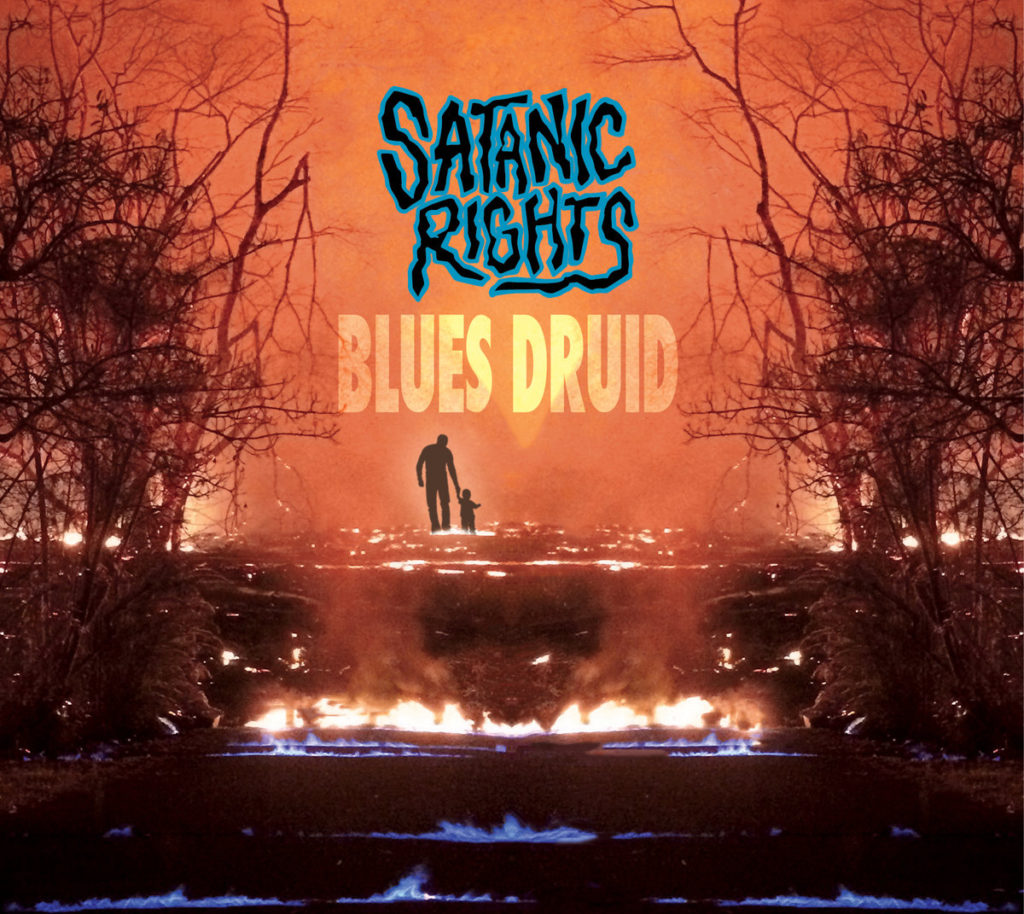 Blues Druid is the debut LP from Satanic Rights, a lo-fi, garage/punk rock band from Winnipeg.  Released by the indie Transistor 66 Records, the album follows up on the heels of their 2015 self-titled EP release.  After three years, I am happy to say this collection of songs was a devilishly good time, and well worth the wait.

It’s a fast and furious ride, with the nine tracks coming in just under the twenty-two minute mark.  It kicks off with “En Route,” a 63-second song that perfectly sets the tone for the rest of the album; it’s fast, fun, a little bit silly, but contains an underlying intelligence behind the wall of sound.

“Alleged Antichrist” comes next and features some of the best vocal work from singer Karl Warkentin. In a genre not necessarily known for great vocals, Warkentin gives a passionate performance that skillfully switches between octaves as he impressively screams in key.  The track also has a standout outro solo by guitarist Ian Ediger. His guitar work throughout the album is very effective, alternating between the driving punk power chords that you would expect mixed with catchy riffs.

There is a charm to listening to this that immediately takes hold of you from the opening riff starts.  The line-up change from Satanic Right’s original configuration has worked out well for the group. By switching to one guitarist instead of two, the songwriting seems sharper and more effective.  Like a lot of albums in this genre, the less-is-more approach really pays off as the record progresses. Blues Druid is its best when the band focuses in on an idea and attacks it with their raw energy.

The songs are all a lot of fun, and blends some of the demonic imagery alluded by their band name with local references which makes it feel like a made in Manitoba record.  Song titles include “Portage Ave to Hell,” and “Steinbach Runner” will surely resonate within the province.

Blues Druid draws inspiration from a variety of great bands in the genre, from Iggy Pop and The Clash to Bad Religion.  Also extra style points goes to the creative talk radio show-inspired outro of “One Outta the Way.” If you are a fan of lo-fi genre, this is an album you’re going to want to be sure to conjure up.