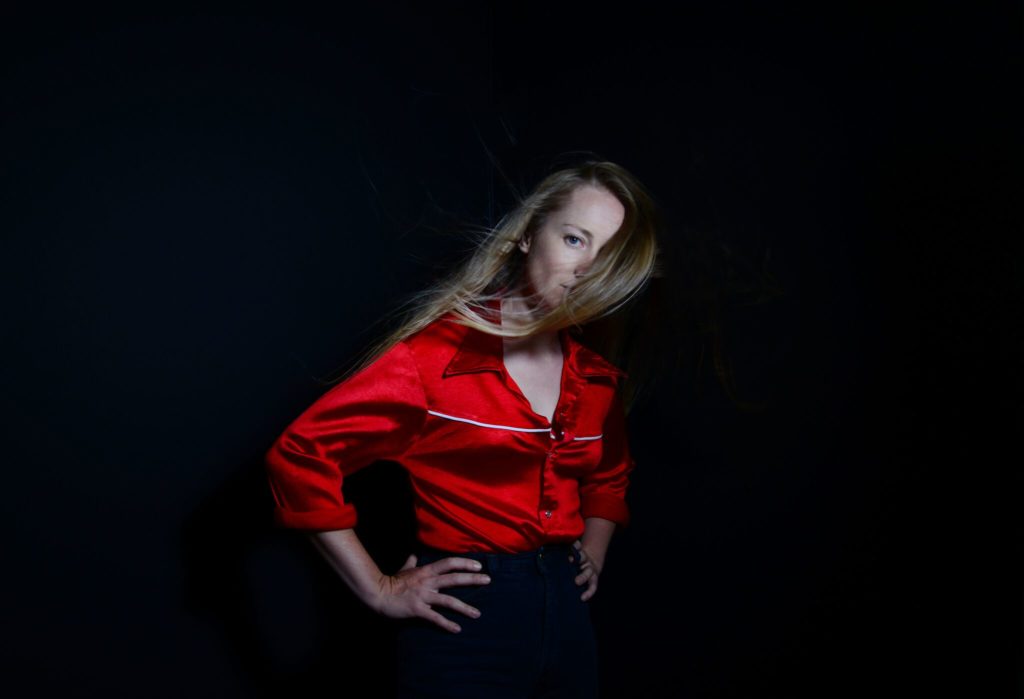 “I have a bit of a cold,” Tamara Lindeman says, a little apologetically, as she kneels to quietly blow her nose. The crowd laughs gently and murmurs with sympathy, though they seem to watch even this small moment with baited breath. It hasn’t broken the hex.

Castle’s set was particularly moving, just performer and guitar conjuring little worlds. The combination of Castle’s creative guitar work and Kehoe’s keyboards was a fitting, just-eclectic-enough opening for what was to come.

It’s rare to watch a live show that completely upends your expectations. It’s rarer still to watch an artist step onto a stage on a dreary, damp night and briefly push past the veil to transcendence.

The Weather Station’s performance on Wednesday spoke to that elusive quality that we demand, and rarely receive, from artists: inexplicable, capitol-S Star Power.

Tamara Lindeman is a rock star of subtlety. She stalks among the instruments with a wily magnetism that speaks in small, precise movements: an outstretched finger or gentle tug at her suit are as transfixing as any light show or fog machine. Her vocals are round and smooth as a river stone, and she can belt and whisper in equal measure, traveling across her register with the control of a jazz singer.

The band opened with “Personal Eclipse”, from 2015’s Loyalty before diving into a whiplash set of tracks from their most recent record, the driving, dust-kicking The Weather Station. They tore through “The Impossible”, “Kept It all to Myself” and “You and I on the Other Side of the World” in quick succession, moving with the confidence and immediacy of a band in total sync.

The songs have mutated slightly in their move from studio to stage; they’re tighter, rougher, more full bodied. Much of the empty space present on wax is gone, filled in by Lindeman’s dexterous guitar and her backing band’s formidable accompaniment.

Consummate professionals, the band seem to move as one organism, with Lindeman’s yellow light at their centre. Contracting toward centre stage and exhaling to their individual posts, the four performers moved in a subtle rhythmic dance that shifted throughout the set.

The momentum slowed once Lindeman’s bandmates exited the stage for a brief run of solo tracks that pulled more heavily from her earlier records. However, as energy cannot be created nor destroyed, the head-first tilt of the show’s first half simply transformed and took on a quieter, tenser sort of power.

Lindeman opened up and engaged the audience during her solo run, telling the stories behind the songs and thanking her opening acts. She’s warm and effusive onstage, smiling to herself after briefly forgetting the words to a song and cracking jokes about the weather.

The set concluded with a brief encore that included a cover of The Roches’ “Love Radiates Around”, sung in duet with guitarist Will Kidman. It was a fitting coda to a show defined by a sense of genuine connection both on and off stage, an example of the limitless possibilities of a small stage, some drums, bass, and guitar.