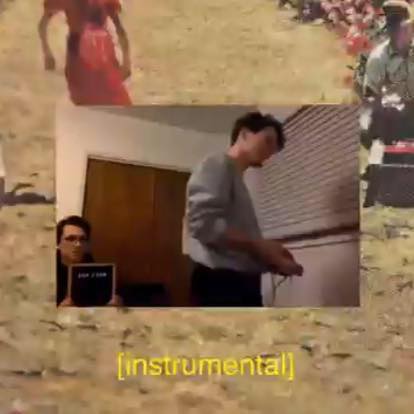 A new beginning and a new line up for local indie band Urban Vacation. With their show on October 19th at the Handsome daughter being the final one for a while, it was a sad affair.  It was a send off for their drummer/vocalist, Noah Hoffman. He is going on a permanent vacation from the band before they plan to hit the studio to record their debut LP later this year. I sat down with the lead guitarist/vocalist, Isaac Tate, along with the bassist/vocalist, Sean Henderson, and their new synth player, Jesse Lawrence to talk about their Avant Garde blend of sampling, dreamy instrumentals and what the future holds for them.“You can expect a lot, something big.” says Tate about their new album. “It will cover a lot of ground and span many genres.” This is evident as you can hear the band’s style chronologically develop while sifting through their Bandcamp page and YouTube profiles. Initially their sound had a psychedelic indie pop feel but it shifted to a more experimental shoegaze sound on their latest single called “After the Flood”. “After the Flood” is the first of their recorded songs to extensively use audio samples that Tate recorded on a four-track cassette recorder. He would make a tape loop of someone talking on the radio or a percussive sound and intertwine it with the instruments.

To me, this song has an early Pink Floyd type feel but Henderson says their influences are drawn from artists such as David Byrne and Brian Eno who recorded this album together called My Life in the Bush of Ghosts. The recording techniques for Urban Vacation’s “After the Flood” drew heavily from the vocals on the Eno/Byrne collaboration which were also sampled from the radio. They plan on continuing with this theme for their new album. They said that using loops from other non-traditional sources will make their music sound bigger and give them more musical girth.

Tate is a composition student and Henderson studies the tuba at the University of Manitoba, so they have experience with arranging and playing many instruments. They already have most of the songs written and arranged for their new LP. Some of the songs date back to 2014. Though they are just starting to record their debut album now. The addition of Jesse Lawrence on synths has brought new life into the band’s sound and they have reworked old songs to create a new material to record and tour with. Jesse is also the band’s go to guy for producing and studio recording.

Expect their new album to be full of “messy tape loops” and unconventional sounds. “I want an album that fades in and out of coherency, something that’s like a mess but is coherent still.” says Tate. “I’m interested in taking a more unconventional method to recording. I don’t want something that sounds too nice but something with character.” continues Tate.  “It’s like trying to record everything as we actually hear it” adds Henderson. When asked for the album’s title they were very secretive on that topic. All they would reveal was that it had a very strong “plant motif” and that listener must wait and see to what that could mean.

I later caught their live set which occurred right after the Vancouver based indie band Peach Pit preformed. This was part of the Real Love Thursday concert series at The Handsome Daughter. Urban Vacation played stripped down versions of their new songs and some of the songs they wrote with Hoffman. Their set started after midnight so the almost sold out crowd was beginning to disperse. This didn’t affect the band as they continued to deliver their signature sound of ominous guitar, low vocal harmonies and consistent rhythm. They played a plant themed song and there was plenty of silly jokes and interaction with the audience.

At one point Henderson got the audience to chant “Fuck Sobeys” due to his distaste for the supermarket chain. He would also comment about his love for soup and thick sweaters. They played their final song of the night which was a new and final arrangement of a song they have been working on for a while.

“We have been slowly working on these songs for years, since high school, always writing, consistently adding and working out our songs live until they feel right.” says Tate.

When I left Urban Vacation sitting at their small table in the restaurant portion of the Handsome Daughter, they were happy, confident, and excited to be recording an album that has been a building project for years. This is a new chapter for Urban Vacation and for plant themed music lovers everywhere.