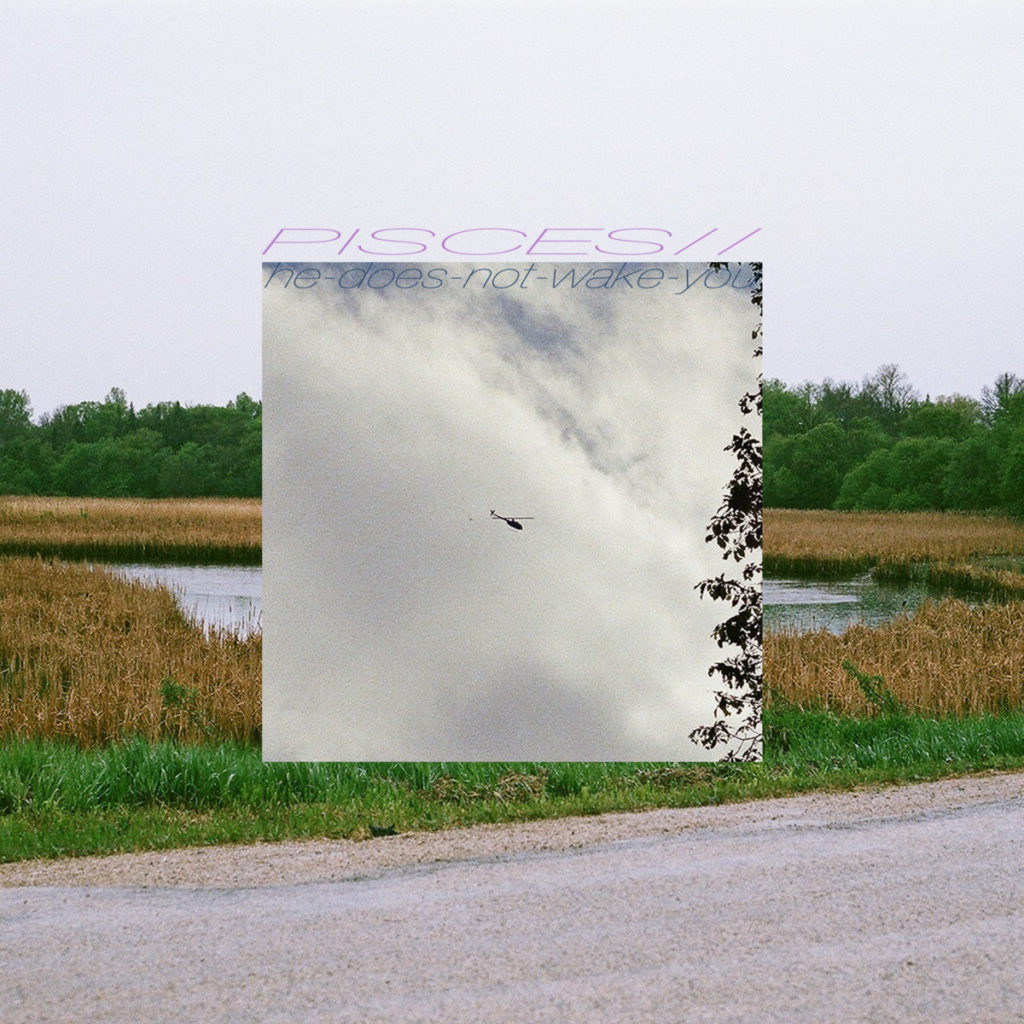 There’s a tricky line to walk when recording an album that flirts with ambience or shapelessness. A rhythm typically needs to establish itself, either through repetition of motifs and sounds or a total and comprehensive understanding of sequencing. There needs to be a thread that can pull the listener through the collection — a conviction of vision and purpose.

he-does-not-wake-you seems to understand this idea, at least at first. The album opens with two rolling, sun drenched instrumentals that invoke a sort of directionless nostalgia, reminiscent of a summer you’re not sure you ever actually saw.

“he’s a practical man and he had high expectations” and “my eyes lit up the other day, in a way, for the first time since I was three” are very much of a piece, and they move as if in conversation. It’s a gently stirring introduction to a record that abandons its initial impression as quickly as it introduces it.

The tender momentum begins to break up somewhere around the third track, replaced by something a bit more fractured and dirty. Shards of driving garage punk, gentle keyboard pulses, heaving psychedelia and spoken word mantra — all drenched in fuzz — interrupt the simple jangle-pop framework. You may experience a bit of whiplash, and the fleeting glimmers of pop song craft can leave one wondering what he-does-not-wake-you would sound like had Lino D’Ottavio fully embraced his pop-leaning instincts. However, this lack of sonic clarity makes for an ultimately more intriguing collection, cohesion be damned.

The album falls in a strange sort of no-mans-land, caught between ambient drift and lo-fi pop record. It’s a space that D’Ottavio seems intent on bridging, and while the combination has yet to be perfected, he-does-not-wake-you manages to be surprisingly gripping, even stirring in its glimmering miniatures. It’s a small and insular record, and one that opens a myriad of possibilities. It seems that pisces// could go anywhere from here.