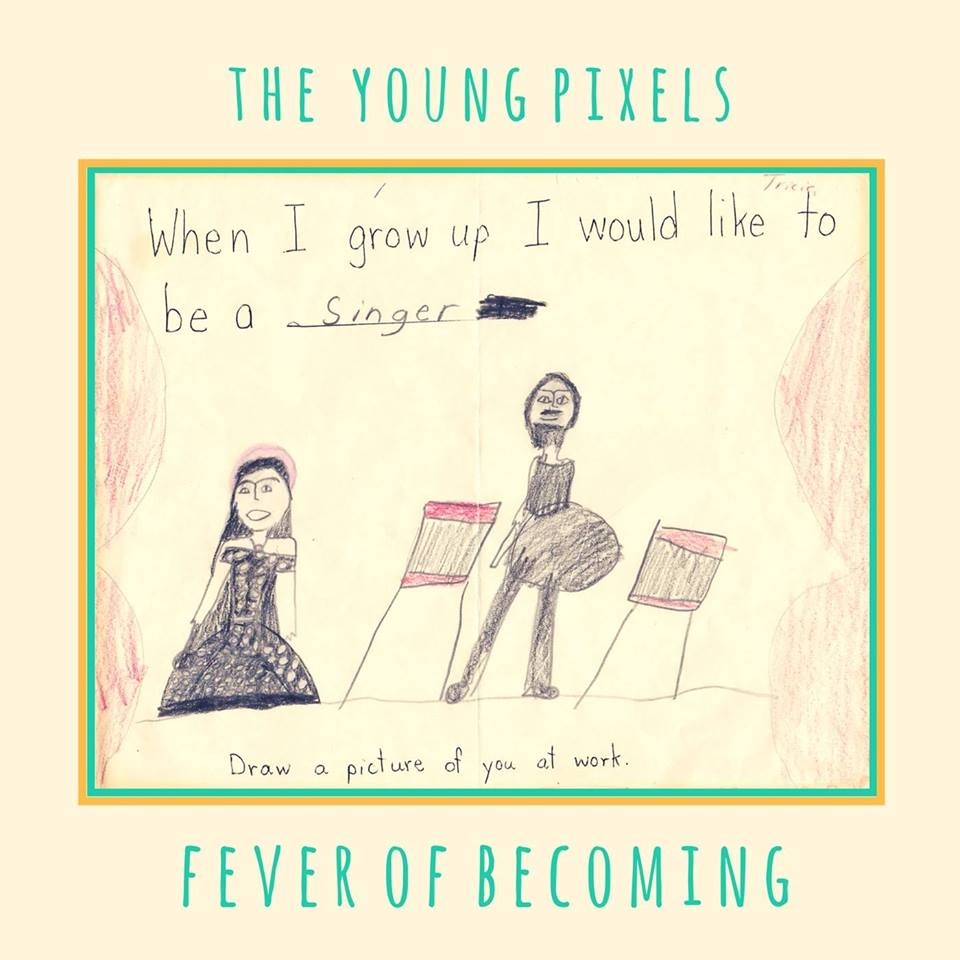 Rural Manitoba’s The Young Pixels’ new record is musical, intimate, and so wholesome. With a pop rock style, the married duo drives their songs forward with melodic vocals and meaningful lyrics. Though the two alternate as lead vocalists, there is no interruption in the steady flow throughout the album. With consistent guitar tones, and simple yet original chord changes, the guitar and vocal melodies soar over and into the hearts of listeners.

Fever of Becoming discusses and challenges social normative behavior and the ideas of labels and identity. “Fraud”, the third song out of seven on the record, directly speaks out and challenges the idea of judging a book by its cover. The lyrics are poetic, and at the same time excite you when the rhyme drops at the end of each phrase.

Some of my favourite lyrics on the record are in the opening track, “Alternate U” – seemingly about an alien abduction, the song transforms into a beautiful idea that there are never ending alterations of the universe full of “you’s and me’s”.

It’s a bonus that behind these lyrics, the music backing them up is just so catchy!

Backing vocals complement each song and ramp up the energy to intense levels. Even on slower paced songs like “Wild Horses”, the alternation between the grand sound of the chorus and the hushed concentration of the verses makes for an extremely satisfying song. A monumental payoff at the end shakes listeners to the bone.

Though behind the vocals are simple progressions, the album is full of musical decisions that make each song special. Whether the addition of a rambling tambourine, or the masked sound of a recorder spitting enthralling counter-melodies – the music on Fever of Becoming is seriously just plain great.