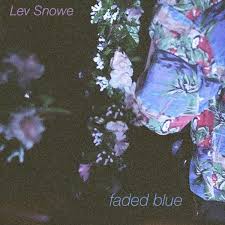 One of the most affecting scenes in last year’s critical darling Call Me by Your Name is of a heartsick lover, waiting and awash in blue. The scene follows in the footsteps of Joni Mitchell’s Blue and Maggie Nelson’s Bluets – art that recognizes the cathartics and heartsick mysteries of blue. Add Lev Snowe’s Faded Blue to the list.

The five track collection, inspired by Snowe’s travels across the Canadian Shield, is a twinkling and dreamy world unto itself, all dancing shadows and sun dappled highway.

Faded Blue is cohesive nearly to a fault, and the album floats by quickly with few major distinctions between tracks. However, on a release this short, dedication to a particular mood and style helps give a better idea of who an artist truly is. It allows Snowe to more thoroughly explore the multitudes of blues and purples that he teases from his slick synths and watery guitar.

Though it plays with familiar tools, Faded Blue has enough strong hooks and solid grooves to keep the listener’s attention, though a longer record would almost certainly require some experimentation beyond the twinkling 80s pop sound that Snowe has so clearly mastered.

A mix of programmed drums and live percussion make up the album’s backbone, sometimes with both used on the same song, as on the final minute of “Could Be” when the guitar drops away and a programmed kick drum and sighing synths send the song drifting into the night.

Perhaps the best example of Snowe’s arranging skills (besides six-minute highlight “Dream Away the Night”) is the album’s title track. There’s a darkness to the song’s slippery, blooming arrangement that paints a deeper shade of blue than what’s found on the rest of the album, with wobbling bass and slick, neon guitar.

It’s an album like a healing bruise – a tender black and blue, forever shifting.