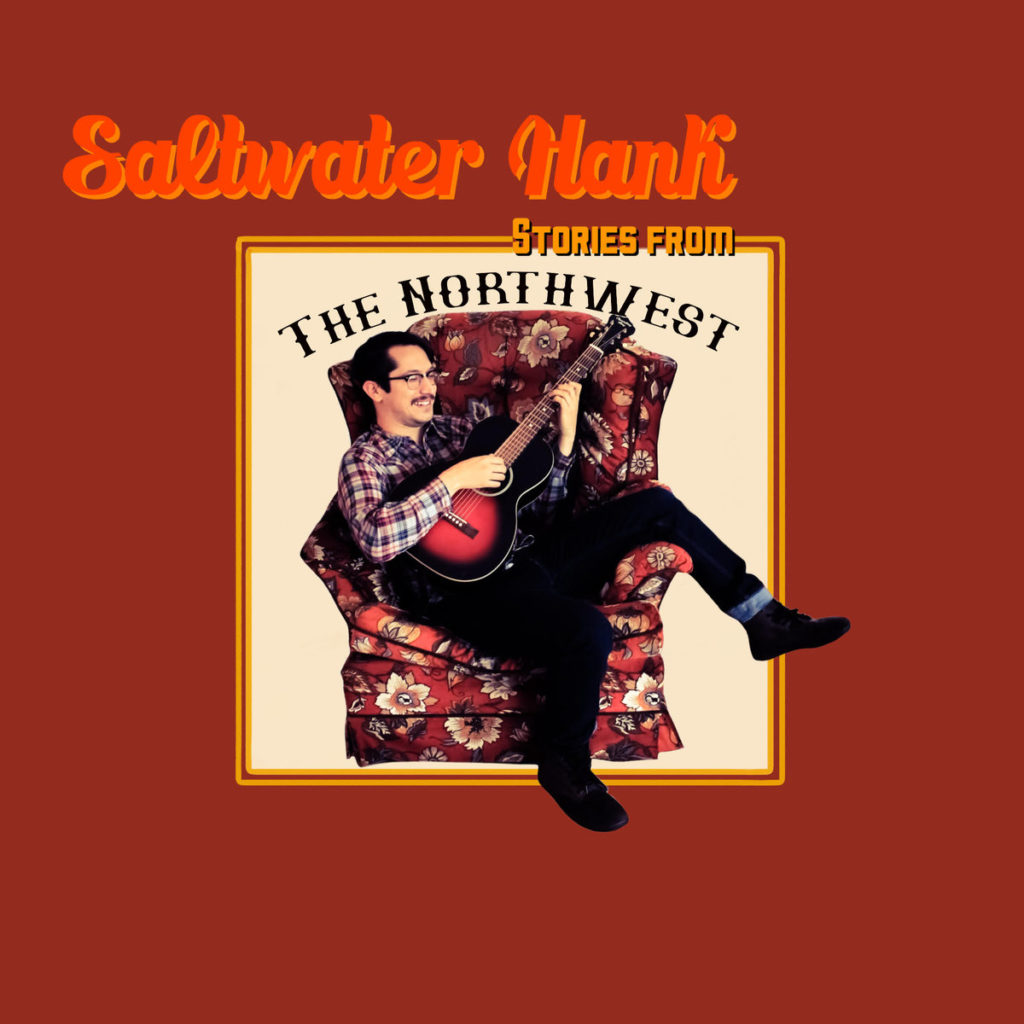 There are rare moments when it seems that every hippie you’ve ever met was right; that time really is a construct, man.

That it’s all in your head – that the past and the present and the future and every minuscule, incomprehensible halfway moment exist at once. That you can touch the air beside your face and brush against uncountable realities.

Though you’d never call him a hippie, it seems Saltwater Hank is in on the secret.  On an album of whip-smart, heartbreaking, and often hilarious bluegrass, Hank manages to dissolve the membrane between past and present, crafting a dust-clouded world of somewhere-in-between.

Hank, the stage name of Tsimshian folk artist Jeremy Pahl, is a storyteller through and through. He spins tales that traverse the heart-pounding wilds and mind-numbing labours of a life. His are stories of loss and wrongdoing and truth and chow mein. His are Stories From The Northwest.

The recordings are unassuming but undeniably rich, full of furious fingerpicking and Pahl’s lilting and often haunting voice. The constantly weaving fiddle, courtesy of Chloe Nakahara, is seemingly alive, as if in constant duet. The record feels like an amalgamation of local passions and talents, from the crack backing band to the album’s art by Prince George graphic artist Evann Campbell. It feels like a celebration; a coming together of small town voices and outsized talents.

And while the ingredients are relatively simple, the songs rarely are. The slyly political suite of “Coyodel #1” and “Coyodel #2” are equal parts comical and moving, while the stirring “Ballad of Maud Watt” tells the story of the folk hero who travelled through frigid winds and snow to petition on behalf of beavers.

Delving into the legends of the past and the politics of the present, Stories from the Northwest is an album that bends folklore and reality into new shapes, an album that celebrates Indigeneity and history and the ground beneath your feet.