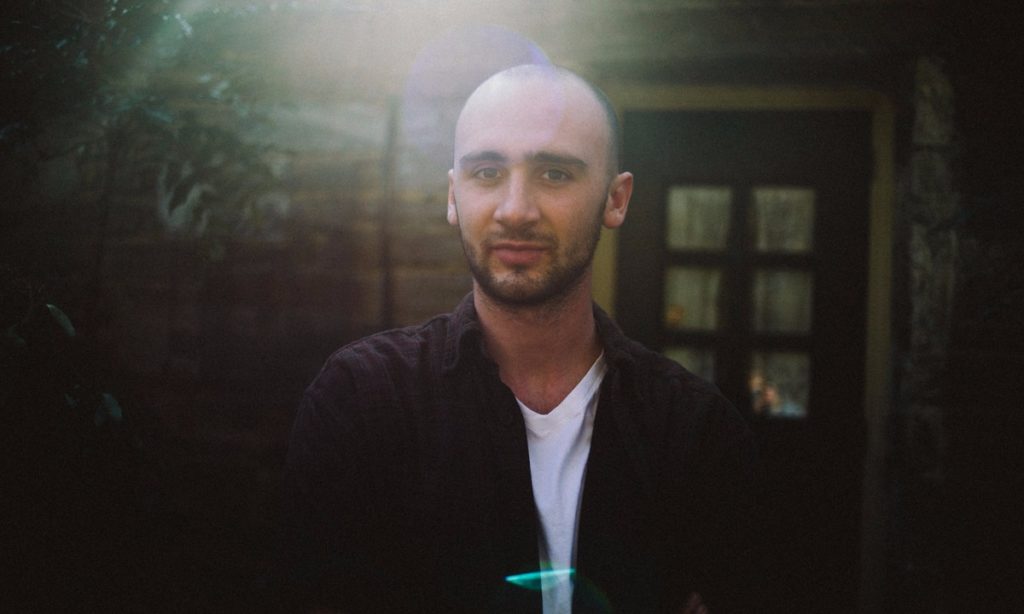 On October 22nd, Real Love Winnipeg is hosting a show featuring a wonderful lineup at The Handsome Daughter. Chicago’s Advance Base makes a stop in Winnipeg to promote the newly released and beautiful Animal Companionship. Along for this leg of the tour is the band Friendship, a low-wave dark-pop group from Philadelphia.

Heading up the ensemble is Dan Wriggins, who I had the chance to chat with about Friendship’s new music, live set, and touring experiences.

Early on in our conversation, Wriggins mentions that Friendship is working on some new recordings, and are starting the process of mixing. Friendship had two releases last year in 2017, an EP in May called F/V Hope, and a full length LP in November called Shock Out of Season.

Though the band’s newest recordings won’t be released before their show in Winnipeg, their set will include a good deal of new material, along with some of the music that they’ve put out already.

I asked Wriggins to try and describe the band’s sound on the new material. “We’ve got some long notes,” he jokes.

Friendship has an ever evolving process of figuring out and discovering their sound. “I feel like the sound keeps changing, but I usually say it’s quiet. Quiet but with a lot of musicians,” Wriggins says. “We’re trying to make something that’s a little bit dark and wavy and shifting- as opposed to songs with a lot of different sections and dynamic changes.”

“I think a lot of the stuff we’re trying to work on is about gradual change… Waves, like a bubbling cauldron, instead of big explosions,” Wriggins says.

Friendship’s music explains these descriptions for itself – single-direction forms slowly build up anticipation and emotion with lyrics that emote raw honesty. The full band brings a quiet intensity that can seem almost effortless.

[When you bring a song to the band, are there a lot of changes to what you originally have, or is it just a matter of adapting to make it work?] I ask.

“I feel like both kind of happen. Whenever I bring a song to the band I usually have just recorded a demo of me playing chords on piano or guitar and singing it, then everyone comes up with their own parts and we work on it together,” Wriggins explains. “Sometimes I come in with a direction or idea that I want to try, but all the time, whatever the other members come up with – or what we come up with together- is always new for me.”

Wriggins says that whenever he’s writing, he could never predict how a song will be adapted to the full band, but he’s always pleased and inspired with the results.

[What can we expect from your newer songs, lyrically?]

“I feel really good about how they’ve been coming together,” Wriggins says. “Themes have kind of emerged lyrically and end up being reflected in the music too.”

Wriggins notes that mind reading is a common theme. “A lot of the songs – I didn’t realize (until) looking back – it seems that I was writing about relationships between people, and how we interact with each other,” he says. “These (new songs) in particular, it feels like I was writing about how nuts it is when you can be talking with someone, and it’s incredible how well you can communicate, and how that person seems to know exactly what’s going on in your head.”

He mentions a new song called “Clairvoyant.” “In the chorus there’s two people talking and one of them makes a joke about reading the other person’s mind,” he says. “Another song called ‘You Already Know,’ has the line that refrains: ‘you already know what I’m going to say’- as in, we connect real well, and you can guess how I feel.”

“You can use it too like, ‘why the heck did you ask me when you already know what I’m going to say?’” he jokes. “I feel like there are a few serendipitous themes throughout the record in line with that.

[How do you like touring? Do you make a lot of connections with other bands?]

“That’s a huge part of why it’s so much fun,” Wriggins says. “For me, why touring can continue to be fulfilling is because you keep meeting people, often they’re not musicians but more often they are. I could always go back out on tour and be like ‘whoa, everyone is different, and meeting new people is always inspiring and challenging.’”

“I don’t think we’ve ever toured with any act where it hasn’t been a really fun and generative relationship between the bands,” he says.

“Touring with Owen (from Advance Base) in particular, and we’ve toured with him before, right off the bat he’s a really nice and funny guy so hanging out with him is fun anyway,” Wriggins says.

Friendship toured with Advance Base earlier this year from Chicago to Austin, and previously tripped together to South by Southwest Music Festival.

“We usually tour in this Dodge Ram pickup truck with a big cab, and there’s five of us,” Wriggins says. “But if we’re ever touring with another band, and they have an extra spot for one person in their vehicle, we try to do that. And with Owen, since it’s just him (as a solo act), he’s always got room for at least one of us in his vehicle so we always get to hang out and talk with him as well.”

[We’re really excited to have you in Winnipeg! Is there anything specific about the show we should look forward to?]

“This is our first time in Winnipeg, we’re excited!” Wriggins says. “On this tour, I think the plan is to backup (Advance Base) on a few songs. We’re huge fans of his music, and I was really obsessed with it when I first heard it a few years ago.”

“Our music… it’s good. We’re gonna f***ing rock,” he jokes with confidence. “I’m always consistently blown away by how talented everyone else in my band is, so I imagine other folks might be too. Owen is a spectacular songwriter as well, so it’ll be a treat.”

Winnipeg band Iansucks will open for Friendship and Advance Base on October 22. Tickets for the show are on sale now at the Handsome Daughter, Into the Music Osborne, and www.showpass.com/advance-base